3 Sites with Free Historical Fiction Books You Can Read Online 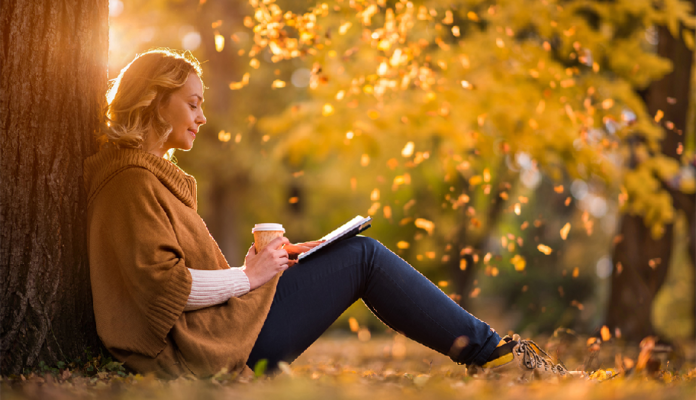 There’s never been a better time to be a voracious reader. There are plenty of places to read books online with aesthetically pleasing online readers and the option to download files if you so wish. But it can get a bit harder to find free books online to read when you’re looking for a specific genre—say, historical fiction. Luckily there are still sites where you can be transported to another time by an author’s lyrical prose. Here are three sites where you can read historical fiction books for free online, as well as some recommendations.

PublicBookshelf is an e-library of romantic titles. Here you’ll find public domain books and those by indie authors. To read historical fiction novels for free on PublicBookshelf, you just need to click “Historical Romance” on the top navigation bar on the site’s main page. You can read right in your browser with no need to download.

Here are some of the historical fiction books you can read for free on PublicBookshelf:

Set in the fictional English town of Middlemarch between 1829 and 1832, youthful, smart Dorothea is married to a mundane, middle-aged scholar. She feels trapped in the marriage. Across town, there lives a young doctor who feels similarly trapped in a marriage with a sweet but superficial wife. An artist brings love into the lives of these two couples.

Set in Scotland in 1832, Patrick Field has escaped London and an unwanted engagement. Now he’s hiding away in Scotland rather than be a part of his older brother’s dowry-pinching scheme. His trip is uneventful until he meets Miss Amelia Blake. Amelia tangles him up in a scheme of her own, a plan that tumbles out of control when they reach the tiny village of Gretna Green.

This is a collection of over a hundred love letters written in great detail during a nine-month period in 1866. The letters are between a woman and a man in Massachusetts. While their lives were simple, they had boundless curiosity and took pleasure in all that surrounded them.

The bookstore chain Barnes & Noble offers free ebooks on its website. All you need to do in order to read free historical fiction books in Barnes & Noble’s Free eBooks section of its website is select “Fiction” under “Subjects” on the left sidebar. Then select “Historical Fiction” and you’ll see a list of historical fiction titles sorted by bestsellers. You will be able to read each book on a NOOK tablet or e-reader or download a free NOOK reading app so you can read on your computer or phone.

Here are some of the historical fiction books you can currently read for free on Barnes & Noble’s website:

After her father dies and her fiancé takes her inheritance, India Steele is left desperate. She takes a job from the one person who will hire her, despite the years she spent working for her watchmaker father. Her employer, Matthew Glass, is a mysterious fellow from America who owns a strange watch. He’s searching for a particular watchmaker and won’t tell India what he does back home or how he’s able to afford to stay in a house in one of London’s finest neighborhoods. When she reads about an American fugitive known as the Dark Rider, she suspects that it’s Mr. Glass. When danger arrives at their door, India is unsure if she should notify the authorities and betray the man who saved her life.

Gift of Diamonds by Roberta Seret

Mica is a seventeen-year-old aspiring actress who lives with her parents in Romania. Her political and influential parents are targeted by the Secret Police and arrested. Mica flees Romania with her father’s rare and potentially cursed diamonds. While her parents are in jail, Mica must investigate the terrorism involving Romanian ruler Nicolae Ceausescu and his business associates.

Murder at the Manor: A 1920s Cozy Mystery by Catherine Coles

Evelyn Christie expected another dull weekend with her husband Tommy’s family at Hessleham Hall. But then his uncle, the Earl of Northmoor, is suddenly murdered. Evelyn was a member of the Police Force during the war and must apply all her sleuthing skills to solve the mystery before the local police decide that Tommy murdered his uncle so he could inherit his title.

Scribd is an extensive digital library full of ebooks, podcasts, audiobooks, magazines and news articles, and more. The catch with Scribd is that, unlike the other two sites on this list, it has a monthly subscription fee of $9.99. However, if you sign up for the site’s 30-day trial, you will be able to read as many books as you like for free during that time. To search for historical fiction titles, first, choose “Books” under the “Browse By” menu on the lefthand sidebar. Then hover over “Ebooks” at the top and select “Historical Fiction” from the dropdown menu.

Here are some of the historical fiction books you can read for free during your 30-day free trial with Scribd:

The Bletchley Women by Patricia Adrian

Everyone expected Evie Milton to marry an aristocrat just like her mother, and that Rose Wiley would have established a modest homestead and brought up a brood of babies just like her mother. But Rose dreams of more than a family life and duty to her husband, while Evie wants to travel and have a life of adventure. Now they work at Bletchley Park decoding intercepted Luftwaffe messages and their role in turning the tide of war in the Allies’ favor shows they don’t have to settle for the dull lives laid out before them.

The Kitchen House: A Novel by Kathleen Grissom

Young, white Lavinia was orphaned during her voyage from Ireland and becomes an indentured servant under the care of Belle, the master’s illegitimate slave daughter. Lavinia finds strength and love with her new family as she learns to clean, cook, and serve food. Eventually, Lavinia is accepted into the world of the big house where she cares for the master’s opium-addicted wife and befriends his son. She tries to straddle the worlds of the kitchen house and the big house, but her skin color will always separate her from Belle and the other slaves.

The Tattooist of Auschwitz: A Novel by Heather Morris

In April 1942, a Slovakian Jew named Lale Sokolov is forced into the Auschwitz-Birkenau concentration camps. When it is revealed that he speaks many languages, he is tasked with permanently tattooing his fellow prisoners. During his two-and-a-half-year imprisonment, he risks his life by exchanging jewels and money from murdered Jews for food to keep his fellow prisoners from starving. In July 1942, Lale comforts a young woman named Gita in line to be tattooed, and he promises himself he will find some way to survive the camp and marry her.

Author’s Bio: Jillian Karger was born in Ohio but has lived in and around New York City for over a decade. Since graduating from NYU in 2009, Jillian has had a long string of jobs doing things like scouting books to be adapted for film and researching trivia questions for “Who Wants to Be a Millionaire”.

Follow her blog posts about books and writing advice, read books and publish them for free at: https://www.fictionate.me.

Are you looking for a way to improve your...
Read more
Previous articleHow to choose a table shower enclosure: models and features to evaluate
Next articleHow to Create a YouTube Channel? List All the Basic Information for Using Relevant Links