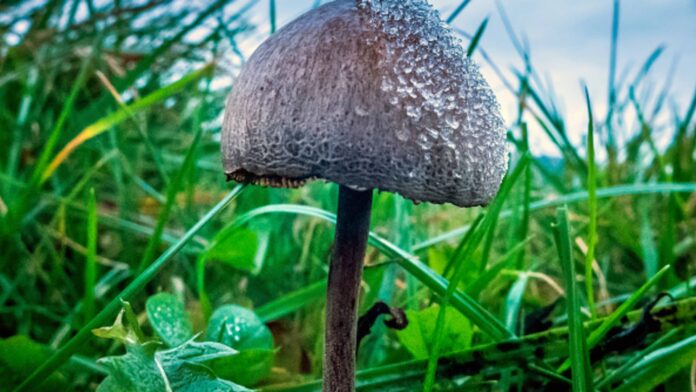 The most well-known variety of psychoactive mushrooms is Psilocybe cubensis. Most of this species’ variations typically have comparable potencies, but a few are noted to be more potent.

P. cubensis is not regarded as the world’s most potent psychedelic mushroom, and this distinction belongs to Psilocybe azurescens. Even though it is not the most intense, it is among the top ten fungi that can induce intense hallucinations and trips. If you are interested in finding the best P. cubensis for your next trip, take a look at this list and find out!

The Enigma strain is among the oddest in both look and historical context. They don’t look like common fungi, but they are “blob mutations” caused by a mutant type of P. cubensis. They develop into dense coral-like lumps, which makes them appear more like something from a coral reef. Contrary to how mushrooms generally reproduce through spores, they don’t have any caps from which spores can spread. Instead, the only way to spread Enigma is by cloning.

Enigma was guarded for years by a limited group that only allowed individuals invited to access samples and learn how to clone them. Although it seems absurd, the information about this fungus has long been well-guarded. It is now more frequently available online, though less often than other well-known P. cubensis strains. It has a reputation for being extremely powerful; some think they are even more so than the famed Penis Envy mushrooms.

The strain gets its name from the wavy margins on the cap, which give it an odd appearance. The Tidal Wave strains‘ tendency to occasionally develop a tiny white ball on the top of their caps is another distinctive characteristic.

Similar to Penis Envy, this strain produces massive visual hallucinations and high euphoria in the beginning while maintaining mental clarity. Many users believe it is effective in treating depression and other mood disorders because they induce feel-good bodily sensations. Because of this, it’s also a well-liked strain in microdosing formulations for boosting general mood.

Penis envy stands out from the rest of the magic mushroom crowd. It got its name from its appearance – it resembles male genitalia more than just a little bit with its thick stems and short crowns. It’s not only the appearance of this strain that makes it remarkable but the potency too.

The effects can be more potent than those of other cubensis strains. Some people report that it provides a trip resembling LSD or DMT.

Users will get to experience uplifting and visually exciting effects. Many people claim to have more reflection and synesthesia. Typically, these effects continue for a total of four to five hours.

The all-white stems and mostly gill-less caps of the Jack Frost strain are their distinguishing features. The stems are thick, and the caps are often medium to large. They are among the most exquisite and distinctive ones. It will have some blue bruises due to handling, but this doesn’t affect the potency or quality.

It takes the most significant aspects of both worlds (Albino Penis Envy and Albino Golden Teachers) and merges them. Users will experience euphoria, hallucinations, overwhelming pleasure, perplexing synesthesia, and significant therapeutic advantages.

Two distinct mushrooms go by the name Blue Meanies, and one is a Psilocybe cubensis strain. The “genuine” Blue Meanie is thought to be a species of Panaeolus cyanescens. Although both are psychotropic and occasionally used for recreational or therapeutic purposes, it’s vital to distinguish between them. One reason is that Panaeolus cyanescens is significantly more potent and necessitates different dose instructions.

P. cubensis strain Blue Meanies is known for its visual, physical, euphoric, energetic, and contemplative high. The trip typically starts 45 minutes to an hour after consumption, but users are advised to wait at least three hours before taking another dose since the effects can continue to get stronger for a while. Four to five hours can pass during a trip.

A little mystery surrounds Z Strain’s past. Some have argued that it was the outcome of genetic material that had been incorrectly labelled. Others think it might be a genetic isolate of the renowned Golden Teacher mushroom.

Visual tracers, euphoria, interconnectedness, and transcendence are all possible effects of a mild Z Strain dose. On the other hand, a considerable amount, also referred to as a heroic dose might have far more significant consequences. Visuals are potent and persistent, giving off an ecstatic and physical high. These impacts can be startling even for seasoned consumers.

The psychedelic effects of magic mushrooms can range in intensity, but all contain compounds with this potential. These six psychedelic mushrooms are among the strongest in the world, and they can provide a profound experience or add to your knowledge of mushroom lore.

Seasoned users can try one of these potent P. cubensis strains to heighten their experience, get intense visuals, and a more profound spiritual trips. Although P. cubensis is not the strongest psychedelic mushroom in the world, it can cause an intense trip that even frequent users may feel overwhelmed by the experience.

Are you looking for a way to improve your...
Read more
Previous articleHow to Incorporate Stunning Glass Rhinestones Into Your Outfits for Maximum Style Impact
Next articleTips And Tricks For Pussy888 Gaming