History of Mental Health Treatments: Exploring Past and Present Therapies 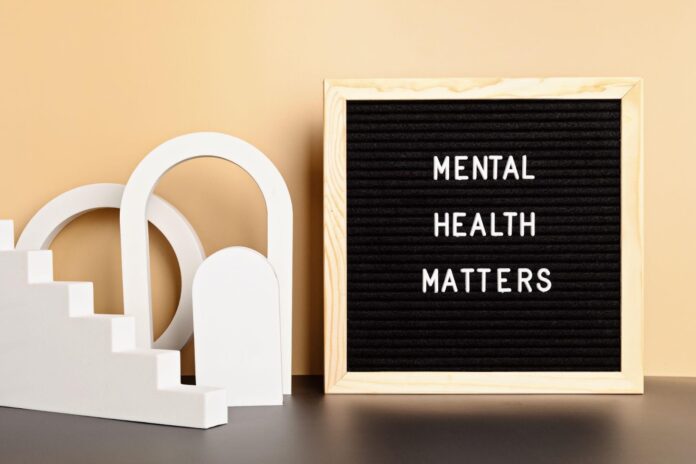 Mental health treatments have been around for centuries. Various approaches to mental wellness and healing have come into practice through the ages – from holistic therapies to psychotherapies, medication-based interventions, and more.

This blog post will explore the history behind mental illnesses treatments and how they evolved over centuries to form some of the top mental health therapies used today. We’ll discuss traditional practices and more modern therapeutic interventions that can help improve our overall mental well-being.

So let’s start by taking a closer look at where these effective yet varied forms of therapy come from!

Multiple ancient approaches to mental health services and healing have been used throughout different civilizations. Some of these are given below:

The history of mentally ill patients’ treatments dates back thousands of years and is rooted in early traditions from various cultures. For example, the ancient Greeks believed that psychological distress was caused by an imbalance in the four “humor” – blood, black bile, yellow bile, and phlegm. To restore balance, they used a combination of physical treatments such as bleeding and purging and psychological approaches like dream interpretation.

In the Middle Ages, mental health care focused more on religious practices believed to bring spiritual healing. People in this era employed rituals such as prayer and fasting for spiritual, emotional, and physical cures. During this time, mental health was also seen as a sign of spiritual possession, and many treatments were developed to “cast out” evil spirits.

In the early modern period, religious therapies remained popular but shifted more towards milder practices such as prayer, meditation, and charity work. Other approaches in this era included hydrotherapy and moral treatments, which focused on restoring a patient’s sense of self-control and dignity.

No matter what approach you choose, all forms of therapy require commitment and dedication to achieve the best results. Mental health treatments have become increasingly specialized to meet individuals’ needs and help them reach their goals.

Exploring Past and Present

Mental health treatments have a long and varied history. The first known psychiatric hospital was built in Baghdad in 705 AD.

In the centuries that followed, mental health treatment became increasingly institutionalized, with patients confined to hospitals and asylums.

In the 1800s, psychiatry began to emerge as a distinct medical specialty.

In 1808, French physician Philippe Pinel introduced the notion of humane treatment for mental illness, famously freeing patients from their chains at the Paris Asylum for Insane Women. This marked a shift away from the brutal and inhumane treatments that were previously commonplace.

In the early 1900s, German psychiatrist Emil Kraepelin developed the first modern classification system for mental disorders. This system helped to bring greater clarity and understanding to the field of psychiatry.

In the mid-1900s, psychoanalysis became popular as a treatment for mental illness. This approach focuses on understanding an individual’s unconscious thoughts and motivations.

The 1950s saw the introduction of antipsychotic medications, which proved to be a breakthrough in treating mental illness. These medications were effective in reducing symptoms such as hallucinations and delusions.

In 1957, American psychiatrist Walter Freeman introduced lobotomies as a treatment for mental illness. This controversial procedure involved surgically severing connections between different areas of the brain.

In 1968, American psychologist Abraham Maslow introduced his self-actualization theory, positing that everyone needs to reach their full potential. This theory had a major impact on psychiatric care, emphasizing the importance of helping patients lead fulfilling lives.

In 1974, American psychiatrist Thomas Szasz published his book The Myth of Mental Illness, which critiqued the concept of mental health concerns itself. This book sparked a major debate about the nature and existence of mental illness that continues to this day.

In 1975, American psychologist Rollo May introduced existential therapy as a treatment for mental health problems. This approach focuses on helping patients come to terms with the inherent meaninglessness of life.

In 1980, American psychiatrist Aaron T Beck published his book Cognitive Therapy of Depression, which outlined a new approach to treating depression that focused on changing negative thinking patterns. This book had a major impact on psychiatric care, and cognitive therapy remains a popular treatment today.

In 1987, Prozac (fluoxetine) was introduced as an antidepressant medication; this marked a major advance in treating depression and other mood disorders.

In 1993, psychologist Martin Seligman introduced positive psychology as an alternative to traditional approaches to mental health.

In 2006, American psychiatrist Judith Beck published her book Cognitive Behavior Therapy: Basics and Beyond, which has become a classic text on the subject.

In these recent years, there has also been a good increase in the use of technology to help diagnose and treat mental health-related conditions. This includes online therapy platforms, apps for tracking symptoms, and virtual reality simulations to explore certain issues.

Today, mental health care is rapidly evolving. In addition to established mental hospitals and treatments like cognitive-behavioral and psychodynamic therapy, there is a growing focus on holistic approaches that incorporate elements from multiple disciplines for mentally ill people.

This includes mindfulness-based therapies, which combine traditional therapeutic strategies with meditation and other relaxation techniques. There is also an increasing focus on preventive care, as early interventions are often more effective than later treatments.

Technology continues to be a major focus of research, intending to help more people access physical and mental illness care without leaving their homes. There is still so much work to be done, but as our understanding of mental health continues to evolve, we can look forward to even better treatments.

Mental illness treatment has come a long way since its beginnings in the 19th century. There have been many advances in understanding and treating mental illness, from early psychoanalytic approaches to today’s more holistic treatments.

As research continues and technology advances, we can expect to see even more and more progress in the years to come in mental health disorders treatments.

Ultimately, the goal is to ensure that everyone has access to the care they need – and with the right support, this is a goal we can all strive to achieve.

Are you looking for a way to improve your...
Read more
Previous articleThe Dangers of Overdose Drugs: Understanding the Risk and How to Avoid It
Next articleMega 888 Newest Version Play The Chinese New Year Slots