The Most Fun Slot Game to Play 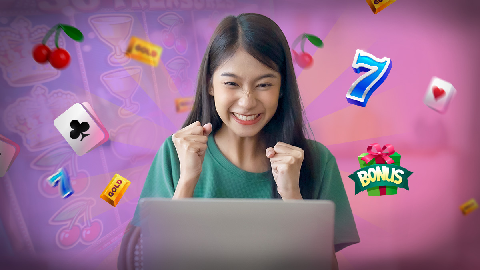 Casual gamblers love online slots. That is a fact. Their adoration for this gambling genre stems from the gaming simplicity, variety, and alluring rewards it brings. Games from this category accept bets as low as a penny and can produce wins up to several million dollars. However, other driving forces get most people to enjoy these products. That honor falls on their diversity regarding theme and the fun levels that slots supply.

Going by various industry counts, more than twenty thousand reel spinners live on the World Wide Web, featuring hundreds of genres. For instance, online slot developers are alone responsible for creating around one thousand Ancient Egypt-inspired reel-spinning games and somewhere in the neighborhood of four hundred featuring dogs. So, the list of the most fun online slots is entirely subjective.

That said, Some titles stand out from the pack as ones with little to no haters. These are simple-to-enjoy choices boasting charming audio-visual presentations and some dynamic yet not overly complicated gameplay. We break down five such examples below.

The Most Fun Online Slot

Nucleus Gaming is a subsidiary of Betsoft. It is a game provider that creates products predominantly for the American market. And in January 2017, it hit a home run with an internet spinner incorporating the twelve animals of the Zodiac, simply called – 12 Animals. Implementing an Oriental motif and cuddly creatures, this 5×3 game with thirty paylines offers up to 10x multipliers and has a Free Spins round that will blow most players away.

Its bonus feature includes the Seasonal Wheel, Block Win Combos, White Cat Wilds, and the mentioned Yin Yang Free Spins mode that can award up to twenty complimentary reel rotations and produce more on-the-house spins when active. It is available at popular US-facing sites like BetUS and accepts wagers as low as $0.6 and bets as high as $30. Like most Betsoft/Nucleus Gaming titles from these companies’ golden era, 12 Animals also has marvelous 3D graphics on display.

On the topic of Betsoft, here is a classic from this brand, released in June 2011. 2 Million B.C. is a medium variance spinner with a disappointingly low return-to-player percentage of 91.94%. Nevertheless, that stat should not discourage interested players from testing this colorful and visually impressive slot.

Gamblers can make bets as low as $0.02 on this game on platforms like MyBookie, chasing its max payout amount of 150,000 coins. As the name suggests, the theme here is the Stone Age. Since this Betsoft release is a part of the company’s Slots3 Series, those that opt to play it can expect to go on a wacky bonus-heavy adventure with stunning riches resting in the White Diamonds round, the Special Saber Attack Feature, and the Burning Campfire Free Spins.

5 Wishes is an RTG release that hit online casino lobbies in March 2020 and found its way on many 2020 lists outlining the year’s top 5 slots. It is an Arabian penny spinner where lucky players can earn up to one hundred free spins. That is truly staggering. On top of this, the max exposure setting has adjusted to 50,000x on a max bet of $25. That means 5 Wishes can turn a $25 wager into $1,250,000 for some lucky individual. That can happen when any of the game’s two random jackpots hit.

Available at El Royale Casino, 5 Wishes is an unsuspecting 5×3 slot with twenty-five paylines and a seemingly average presentation that hides massive treasures on its grid.

Woohoo Games is a relatively new slot developer that has taken the interactive gaming market by storm, with many of its creations found at Bovada or this app’s sister hubs. 777 Deluxe pays homage to the classic fruit machine genre, and it is another 5×3 game, but this one has only ten paylines that pay both ways. Its RTP is 96.13%, and its max win is 5,000x. It has mystery symbols, a bonus game, and a progressive prize.

Those are more elements than one would expect from a fruit spinner. For fans of rudimentary old-school gaming, 777 Deluxe is a pick that should be noticed.

NetEnt’s Dead or Alive set the wheels in motion for Wild West online gambling products, getting them the much-needed traction en route to attaining their modern-day status. While that game’s sequel and the Money Train franchise may rule supreme over this slot sub-category, 8 Outlaws by PureRNG lurks in the shadows at casinos like Super Slots, wowing anyone who tests their luck on it.

Why is this a terrific reel-spinning choice? Well. How about the fact that it has eight bonuses, a gamble shootout feature, and high-roller bonus rounds. It is about as busy as a spinner gets.

Are you looking for a way to improve your...
Read more
Previous articleHow to Use and Benefit from betPARX Promo Codes
Next article7 Fun Facts About Naples, Florida