How do you calibrate an IR tester? 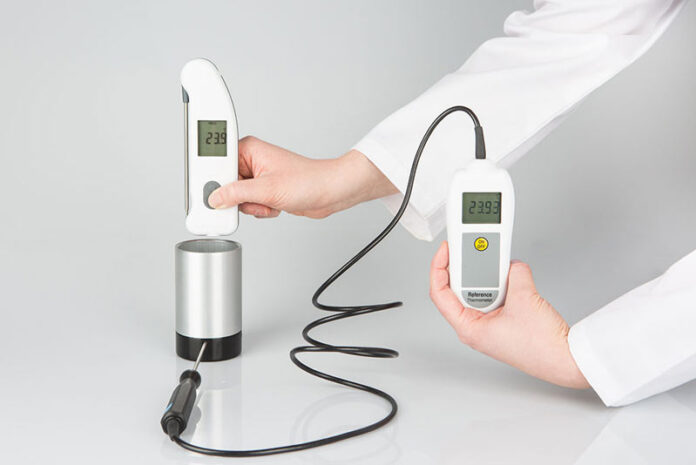 Infrared thermometers, also referred to as IR testers, are used in a variety of different industries to consistently test temperatures in a wide array of situations An IR tester needs to be calibrated after the unit has been received with the initial test including enough points for the confirmation of linearity.

Preparing to calibrate an IR tester

There are a few factors to take into account and steps that have to be taken prior to calibration in order to make sure the result will be accurate. The first step toward calibration is to locate the unit specs that the manufacturer will have provided. IR testers usually come with a manual that offers information to authenticate calibration in the form of the calibration source’s emissivity estimation and the IR tester’s field of view.

This data can be used as reference points when the results are being reported as a part of internal audits, to external parties and to ensure consistency in future tests

The specs on the source of the radiation being used to test the reading need to be known. A black body is a good testable source for the calibration of IR testers and usually comes either as an IR cavity or a flat plate. The former comes with the radiation source inset, while the latter does not.

It is critical to know the temperature gradients as well as the calibration temperature on the radiation source, with the latter being available in unit specs and can be measured as a tolerance of either minus or plus certain units.

IR testers often make use of a laser pointer in order to assist the user with gauging directional readings, but it is vital to ensure the IR tester’s alignment is up to date or the readings could be thrown off.

Infrared optics is intended to provide the emitted energy that cannot be seen by the human eye. Therefore unknown elements can reflect radiation in the testing environment and affect the reading results. To combat this ensure the radiation sources are not close to the likes of ceiling vents or fans or any gaps that could result in heat loss.

After the completion of prep work and obtaining of data, the time has come to test. Set the IR tester reflected temperature and have the unit aligned to maintain a set distance to ensure everything is level. The IR tester should be no more than five degrees from normal for the targeting of an ideal surface area.

Are you looking for a high-quality  IR tester ? Shop the range now at RS.

Living rooms are often overlooked when it comes to...
Read more
Previous articleVacay Isn’t Far Away: Here are The Womens Slide Sandals You Want in Your Carry On
Next articleIntergy EMR vs Valant EMR: Comparison

THC is one of the cannabinoids, or active ingredients...